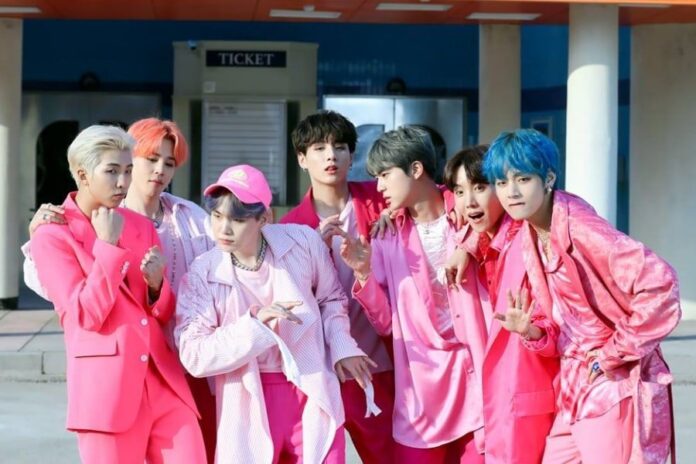 “DNA” was BTS’s first song which got 1 billion. After DNA, now we have “Boy with luv” with more than 1 billion views. BTS has premiered their song dynamite on august 21, 2020 which has also been achieving more than 500 million views within 1 month. Dynamite was the first ever English whole song released by a Korean group. It was also the first song by Korean group to be in billboard’s top 100 for nearly 2 weeks.

BTS which is the short form of BANGTAN SONYEDAN called bulletproof boy scouts in Korean is a seven member boy group, their leader Kim Namjoon also known as rap monster and rm, the oldest member in the group Kim Seokjin, one of the main rapper Min Yoongi also called as Suga as his stage name, Jung Hosek also known as Jhope, park Jiimin where members also call him mochi, Kim Taehyung also known as V, and the youngest member jeon Junkook. They have started the group since 2013 and 2020 has become an important year in their life because of their 7 years living together and the formation of their group.

Not only as a group but each of the members has their own single solo song in their credit. They have also achieved more than 50 awards having more than 120 nominations. Till now BTS have released eight studio albums (one of which was reissued under a different title), four compilation albums and six extended plays, with a total of 12 albums. Armys are waiting for their upcoming 2020 album “map of the soul 7: the journey” and “BE”. BTS are rising so fast with so much love and support, all thanks to their fans (armys) and hardwork brought up by them for creating such wonderful works.

GNN24x7 is your news, entertainment, music fashion website. We provide you with the latest breaking news and videos straight from the entertainment industry.
Contact us: info@gnn24x7.com

This website uses cookies to improve your experience while you navigate through the website. Out of these, the cookies that are categorized as necessary are stored on your browser as they are essential for the working of basic functionalities of the website. We also use third-party cookies that help us analyze and understand how you use this website. These cookies will be stored in your browser only with your consent. You also have the option to opt-out of these cookies. But opting out of some of these cookies may affect your browsing experience.
Necessary Always Enabled

Any cookies that may not be particularly necessary for the website to function and is used specifically to collect user personal data via analytics, ads, other embedded contents are termed as non-necessary cookies. It is mandatory to procure user consent prior to running these cookies on your website.